​Ariel Pocock, Pianist, Singer, Composer
Ariel Pocock is a pianist, singer, and composer. Born in 1992 to classical pianist parents, she is now old enough that her age doesn’t matter in a biography, and will let you do the math yourself. Critics have described her work as having “levels of stylistic and emotional breadth and artistic depth that few of [her] peers can match” (Ottawa Citizen), and have said that she has a “true facility for…sinewy jazz piano [and] breezy, achingly plain-spoken vocal chops…” (Seattle Times).
Some of her notable performances include the Tokyo Jazz Festival, the Montreal Jazz Festival, the Rochester Jazz Festival, the Gilmore International Keyboard Festival, the Quebec International Jazz Festival, the 55 Bar, Jazz at Lincoln Center Shanghai, the Port-Au-Prince Jazz Festival, and Birdland Jazz Club.
Ariel was drawn to jazz piano from an early age. At 8 years old, she adored the music of Ella Fitzgerald, George Shearing, and Oscar Peterson. This made her tragically unpopular in elementary school. Things improved when the Pocock family moved to Seattle. Ariel benefitted greatly from the area’s wonderful high school jazz education programs and from her private piano teacher Michael Stegner, who continues to mentor her today.
At 18, Ariel received a Stamps Family Scholarship to study jazz piano performance at the Frost School of Music at the University of Miami, where she worked with Martin Bejerano, Shelly Berg, and Gonzalo Rubalcaba. During her sophomore year of college, Ariel recorded her first album, Touchstone, with Larry Grenadier, Julian Lage, Seamus Blake, and Eric Harland. The album was produced by Matt Pierson and released on Justin Time Records a few years later in 2015. Two years later, she recorded a second album on Justin Time Records: Living in Twilight, with Jim Doxas on drums and Adrian Vedady on bass. Both albums received favorable reviews in Downbeat and Jazz Times, and spent several weeks in the top 10 radio spots on the JazzWeek play charts.
Ariel enjoys making music with a wide array of musicians, but she will only list the people who could pick her out of a police lineup: guitarist Keith Ganz, saxophonist Chad Eby, bassist Steve Haines, pianist Ernest Turner, and vocalists Veronica Swift, Arianna Neikrug, and Halie Loren.
In addition to performing, Ariel is a busy educator. She is an adjunct professor of jazz piano at both the University of North Carolina at Greensboro and East Carolina University. She also teaches jazz voice, arranging, and theory. In the past, she has been on faculty at the Stanford Jazz Workshop, the Brevard Jazz Institute, and the Northeast Jazz and Recording Camp, and teaches every summer at the Jefferson Jazz Institute in Roanoke, Virginia.
After trying the New York thing for a while and forgetting what trees looked like, Ariel moved to Hillsborough, North Carolina, where she currently lives with her trombonist/fiddler/law student partner Evan Ringel, and their dog, Joni. In her free time she is a passionate volunteer at the Greensboro Science Center, and will show you how to pet the stingrays correctly.
Here are some of the artists we have had the pleasure to work with,

Professional Drummer and leader of the All-Female Big Band DIVA 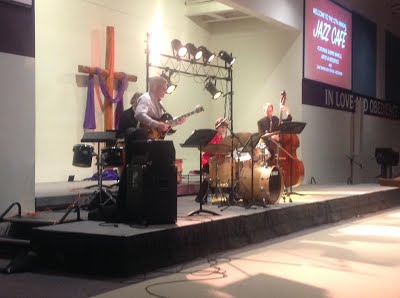