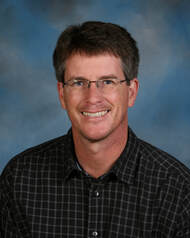 Brian Quakenbush has been involved with music for much of his life.  From Central North Carolina, he played French horn and trumpet through high school.  While attending UNC- Chapel Hill he was an active free-lance musician in the Raleigh-Durham-Chapel Hill areas performing with the North Carolina Symphony, Show Choirs with Brightleaf Music Camps at Duke University, UNC Symphony, Durham Symphony and the Raleigh Symphony and sitting in countless musicals performing in the pit. While studying at UNC with Jim Ketch, his mentor teacher, he became a founding member of the North Carolina Jazz Repertory Orchestra that performs music of historical importance.  During this time at UNC he met his wife, Jenny and soon moved to the hills of Bristol, Tennessee.  While in Bristol, Brian attended East Tennessee State University where he performed in the Johnson City Symphony and the ETSU Faculty Brass Quintet. After graduating, Brian became band director at Virginia High School in Bristol, Virginia where he took the band to Virginia Honor Band status by receiving Superior ratings in Marching and Concert Assessment within the same school year.  After two years at Virginia High, the Quakenbush's relocated to Lynchburg, where he was band director at Heritage High School where his bands twice received Virginia Honor Band status in Virginia.

​Mr. Quakenbush was named “Teacher of the Year” at Cave Spring high school his inaugural year and has been named to the "Who's Who in Teaching" five times and presented the President's Citation for the Governor's School for Visual and Performing Arts six times.  Mr. Quakenbush is a member of Virginia Music Educator National Conference (MENC and NaFME), National Band Association, alumni member of Phi Mu Alpha Music Fraternity and National Educators Association (NEA), member of the Jazz Educator's Network (JEN).
​
Mr. Quakenbush continues to  adjudicate and guest conducted at numerous honor and District and state band events throughout Virginia, North Carolina and Tennessee.
​
Presently, Brian is the Music chair and band director at Cave Spring high school in Roanoke County and assistant at Cave Spring middle school.

In 2009, Brian was awarded the Golden Apple Award for Teaching Excellence in Roanoke County.

The Quakenbush's are residing in the Roanoke area and have three children, Jason, Samuel and Drew. From 2012 through 2019, Brian served on the Cave Spring Little League Baseball Board as VP of the Majors division and as Safety Coordinator for the League.

Since 2010, Brian is a member of Brass 5. This ensemble is in residence for Roanoke County (Virginia) Schools and has performed educational programs throughout Virginia. Brass 5 has been included in the Virginia Commission for the Arts Arts-in-Education Residency Program and has been nominated for the "Governor's Award for the Arts." Brass 5 members are Yamaha Performing Artists and are affiliated with the Virginia Commission for the Arts.

​
Brian is featured on two recording that can be found on Spotify and iTunes. The Vosbien-Magee Big Band “Come and Get it,” and “Chris White and Pandemusicum.” He has performed locally and regionally with such musicians as James Taylor, Gary Morris, Carl Anderson, Annie Moses Band, Lionel Richie, Chris Vadala, John D’earth, and Sherrie Maricle.
​
In 2018, Brian completed his Master's Degree in Instructional Design and Technology through Virginia Tech. His portfolio is below.​
Brian Quakenbush Instructional Design and Technology 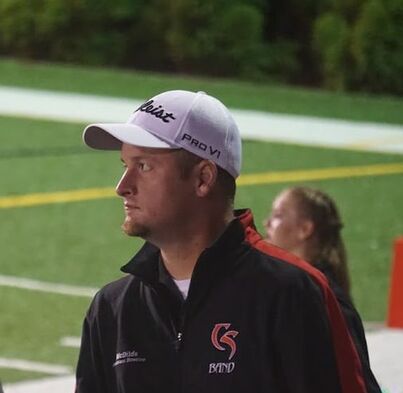 
Chris McDilda is currently the Director of Bands at Cave Spring Middle School and Assistant Marching Band Director at Cave Spring High School. Chris has a Bachelor’s of Music Education from Radford University. Prior to his appointment at Cave Spring, he spent 10 years in Mecklenburg County, VA at Park View Middle and High Schools.

During his tenure at Park View, his bands consistently received top honors in both marching and concert assessments throughout the state of Virginia. Chris has received nominations for Teacher of the Year by his colleagues and has been recognized as “Most Influential Teacher” each year by several members of his graduating seniors.

Bands under his direction have earned Virginia Honor Band status on multiple occasions. His former students have performed in the All-Virginia Band and Orchestra, US Army All-American Marching Band, Drum Corps International, and top collegiate ensembles. 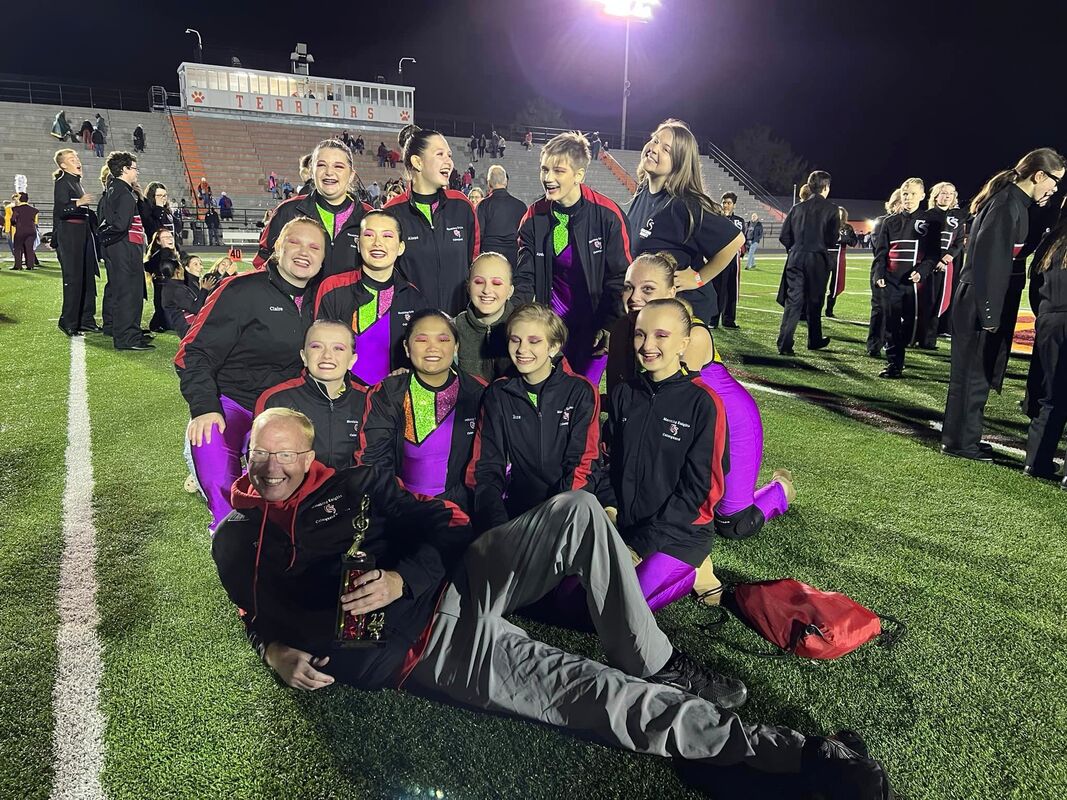 
Todd Russell is a graduate of East Tennessee State University (BA, Elementary Education) where he was a member of the ETSU "Marching Bucs" (guard) as well as the concert Ensembles. Mr. Russell was the instructor of the ETSU Color-guard from 1999-2003 & 2015.

He was a member of the Mountainaires "Independent A" Winter-guard based out of Johnson City, TN, from 1995-1997. Todd was part of the instructional staff for the 2000 WGI Independent "A" Class Champions and 2001 WGI Independent Open Class finalist, Infiniti Winter-guard from Greeneville, South Carolina. In 2003 he performed with "Infiniti World" Winter-guard based out of Greeneville, South Carolina, under the direction of Victor Mooney, Joe Sowders, and J.C. Caceres. In 2006, he completed a 2-year term as President of the Carolina Indoor Performance Association. He was formerly the Color guard Caption Head for the 2007 DCI Gold Medalist, Memphis Sound Drum and Bugle Corps. He is an alumni summer staff member for Marching Auxiliaries, Inc, based out of Dallas/Plano Texas. Todd was the color guard director at Wake Forest University from 2007-2014. And founder of Reynolds Winter-guard 2009, 2010 & 2011 WGI finalist, 2012 & 2014 semifinalist.

DeWayne Peters, a native of Salem, Virginia, started his musical career at the age of twelve. By the age of sixteen, he was an All-State percussionist. To further his growth in music, he marched DCI with the Florida Wave Drum and Bugle Corp and studied drums and percussion with John Campese, Gary Chaffee, Leon Alexander, and Jeff Shoregin.

Upon high school graduation, DeWayne entered the United States Navy Music Program, accomplishing a fruitful career serving on active duty as a Military Musician.  During his 23 years of service, he performed in Navy fleet bands spanning the globe to include the European theatre, South America, Rhode Island, California, Tennessee, and Virginia.

In addition to his military assignments, DeWayne has played with many different artists to include; Jack Johnson, Lee Greenwood, Chuck Mangione, and Three Dog Night. He is currently a freelance jazz musician in the Roanoke Valley and percussion instructor at Cave Spring High school.